My sons are 11 and 9 at the moment and there are probably over a million and a half Legos spread around our house, so I can’t believe I haven’t made a Lego cake until this week!  A friend of a friend asked me to do a Lego birthday cake for her son’s birthday and I gladly obliged! 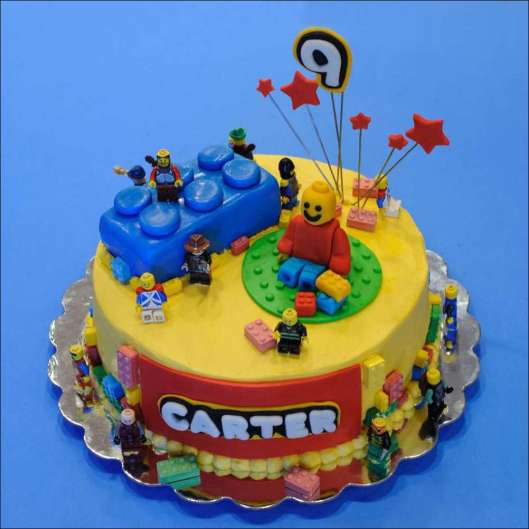 This cake was SO FUN!  I started with a 10″- round double-chocolate cake with chocolate mousse filling and covered it with vanilla-bean buttercream in lemon yellow.  The large Lego figure, larger Lego bricks, and the round he’s sitting on are fondant, as is the name plate on the front.  I also covered a small loaf-sized cake with blue fondant and added fondant “studs” on the top (that’s the technical Lego-geek term for the little bumps on a Lego bricks that holds them together–who knew?!).  The smaller Lego bricks are candy.  I wanted to add some height, so I put the fondant stars and “9” on wires.  The customer brought me a bunch of her son’s favorite mini figures to go around the cake (my boys thought they were the “coolest ever” mini figs). 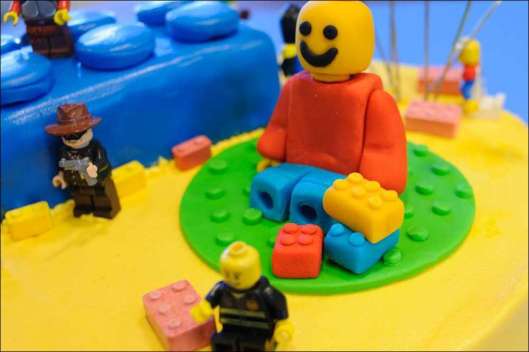 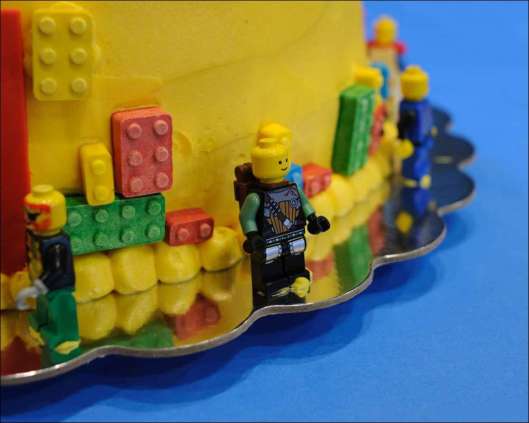 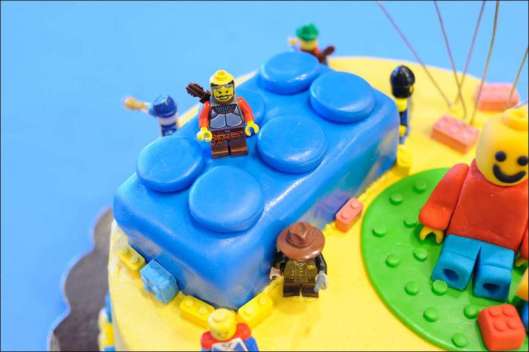 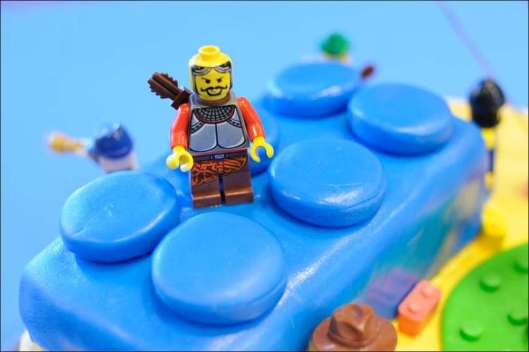 All in all, this was a SUPER fun one to do.  If I get more calls to make Lego cakes and cupcakes, I’m going to find a brick maker so I can make my own from fondant.

Hope you had a great birthday, Carter!  I really enjoyed making your cake!!

Life is crazy and I love to bake. I'm a wife, mother of 3 nutty kids, and an admitted sugar-holic. Ten years ago I left my job as a senior consulting engineer in Salt Lake City, UT, to get out of the rat race and raise kids. We up and moved to a quiet, small town in NE Ohio to be near family and bought a 180-yr-old historic home, always a dream of mine. Along the way, I discovered my joy of baking, which allows both my engineering side and my oft-suppressed creative side to emerge. It began with the desire to bake birthday cakes for my kids (I hated to buy them) and has blossomed into a cupcake-baking business for a local bakery. Over the years, many people have asked if I take orders. So, here they are. Check out the site, we'll be adding new cupcake flavors weekly as well as the occasional cake. And in case you're wondering about the name, it's an homage to the big, old gray barn in my back yard. What a bonus, it came with the house! Put on a smile and BAKE!